John Cena, who won 16 times world championship in wrestling and a role model of many people know about his journey from sleeping in the car and working as a servant in the gym to become a king of WWE.

Nickname: The Champ, Doctor of Thuganomics, The Prototype

John Cena is one of five boys of John Cena Sr. who is the father of John and Carol Sena who is the mother of him. Actually he got his name on the name of his father.

His parents were very supportive of their children’s athletes’ activity since their childhood. He completed his schooling from West Newbury, Massachusetts, United States. John was always active in sports.

One day when he was in school some students started getting picked on, then John decided to become powerful as soon as possible.

His favourite game is football and he was captain of the football team in his college days. His football T-shirt number was 54 and he often wears the same number of a T-shirt in WWF.

When he left his home

One day he left his home and went to California and took only $500 in his pocket because he wanted to become a professional bodybuilder and his parents were not approving his decision.

When he was in California he did a job at a gym in Venice Beach and he worked here for cleaning and folding towels.

When he was in California this gym was a plus point for him because he didn’t have money to rent an apartment so John Cena slept in the car and used the gym for a shower and get ready for the next day.

It was a struggle for him and He applied to the post of Highway Patrol police officer but he didn’t clear the exam.

Finally one day his destiny turned and a man working out at the gym in Venice Beach was a professional wrestler and that man motivated John to take Ultimate Pro Wrestling classes.

John Cena captured in February 2002 in OVW heavyweight and  John made his WWE debut and signed up with the Smackdown roster.

After 2 years, he participated in the United States Championship and defeated The Big Show in 2004.

In the year of 2007, John Cena was the first wrestler to ever come up victorious against Edward “Umaga” Fatu.

Apart from this John Cena won lots of awards and Hou he has also won a total number of 16 times the world’s championship.

John Cena was in love with female wrestler Victoria and she is still the hottest woman in the wrestling industry.

Victoria had an affair with John Cena even though she already married Lee Varon for over 20 years.

She is a hot and sexiest wrestler and she has appeared in many TV shows and reality programs as well. Kelly Kelly also won the WWE Divas.

Now, Kelly left WWE in 2012 but sometimes she returned to WWE. Again Kelly was married but she was loved by Cena.

A.J. Lee is CM Punk’s wife but in the past, her relationship with John Cena has always been a rumour.

A.J. Lee was in a relationship with a few wrestlers also in her life but knows she is the wife of public enemy CM Punks.

Nicola Garcia is also known as for another name which is Nikki Bella. Nikki Bella and Cena’s relationship was not a secret, they dated each other from 2013 to 2019 and both of them worked on screen, in a ring. Both of them planned their wedding in Nepa, California.

Shay Shariatzadeh is a Canadian citizen and engineer by profession. She is the current girlfriend of John Cena.

John Cena’s net worth in 2020 is valued at $55 million at the age of just 42year. It’s totally possible only by his hard work and dedication toward his career.

Can you imagine this is a boy who slept in a car and shower in a gym today became a multimillionaire?

House and car of John Cena

House: John Cena always says my home is a gym because he uses his lot’s of time for weightlifting. John Cena luxurious house many times used for promotional posters of WWE’s reality Tv series Total Bellas.

I hope this article will be helpful for you to build your knowledge if you like our article or have any questions you can connect with us on Instagram on @knowledgeshala and comment below. 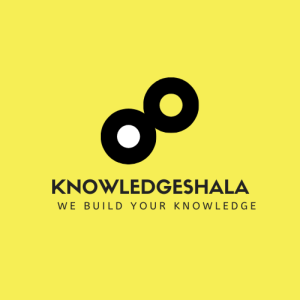 I am Shivam Sharma, an Indian-based digital marketer and blogger for the last 5 year. I always love to share my deep-researched knowledge with people.

Omi Vaidya, 3Iditos Silencer, a biography of a talented man

Donald Trump, One of The Wealthiest President In The History Of US

Amit Bhadana, Know A-Z about Him